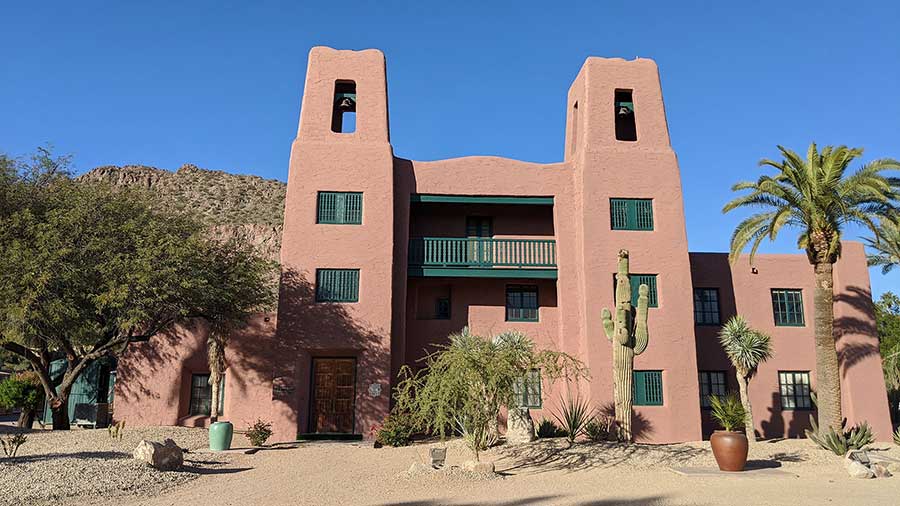 The Jokake Inn was originally a private residence for Robert Evans’ family (owner and Architect of the Jokake Inn). His wife Silvia, began hosting tea parties in 1926. The idea to change the home to a social teahouse and build guest rooms was soon conceived and added, thus becoming a complex of buildings and soon after, the Jokake Inn.

In 1935 the most distinguished addition, the Main Building, was built. The massive pueblo revival style building was the largest and most visually striking of all the structures at the complex. The Jokake Inn operated from 1926 through 1979 with a 180 guest capacity before being sold to a land developer.

A historical restoration and structural analysis report was completed by the project team of Motley Design Group (historical architect and principal investigator), Slaysman Engineering and Scott Solliday, consulting historian. The report identified areas of the building that required structural and cosmetic restoration. Data compiled from a thorough historic research effort provided a narrative for rehabilitation techniques that would closely mimic the original construction processes and materials used at the time the building was built.

The building walls were made of adobe with concrete post and beam with adobe brick infill. One exterior wall had major erosion that was first identified by a significant diagonal crack. Further inspection by way of minor demolition of the exterior stucco wall exposed more of the structural deterioration. Our repair specialists were tasked with removing and replacing the old adobe bricks with new bricks made from the same native materials. To accomplish this our team mixed and cast individual adobe bricks made from sand, clay and straw, which were then left to air dry. The wall was restored brick by brick as it was originally constructed.

The most time consuming and specialized task of the renovation was the balcony handrail replacement. The handrail system was originally designed to rest inside of the balcony buttress column. The handrail acted as a guide channel for a system of decorative pickets that adorned both the balcony rails and window louvers. Every buttress column was excavated and reformed so that the handrails would rest directly inside the bearing pocket formation. After the handrails were inset the remaining empty pocket space was hand filled with concrete and covered with stucco. Every single original wood slat was demolished and replaced with a hand-made replica. The slats were slid into the handrail channel and separated on center with wood inserts to lock in the picket system

The exit stairway at the second story balcony was demolished entirely and rebuilt from concrete. Star stringers, handrails and the pickets were made from wood in the same fashion. The concrete exterior of the stair well was covered with the same matching stucco. 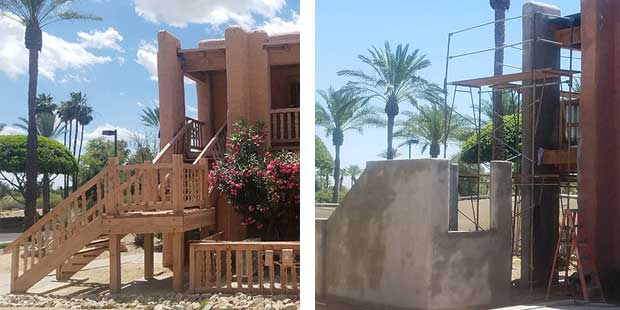 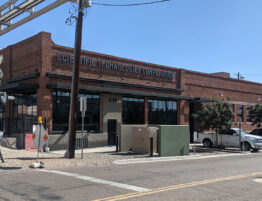 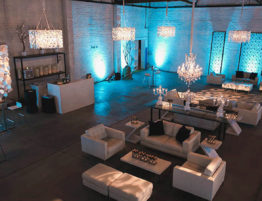 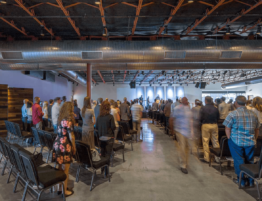 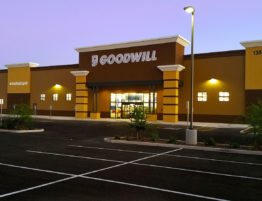 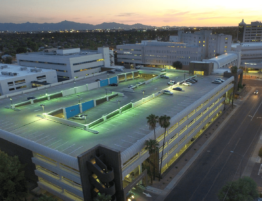 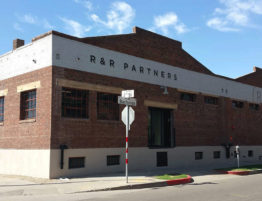